A group of Golden Retrievers all related, showing the various shades.

The Golden Retriever Club of Canada would like to emphasize to breeders and puppy-buyers alike that the cream colour has always been part of the full spectrum of colours found in our breed.  We furthermore direct you to the following section of our Golden Retriever Club of Canada Illustrated Breed Standard (click here to view the GRCC Illustrated Breed Standard): “The acceptable range of colour in the Golden Retriever is broad. While a medium gold is always correct, coat colour can range from cream to a darker coppery gold. Any dogs within this range of colour should be considered equally, based on their merits, including balance, head type, movement and structure. “

The photo below furthermore illustrates the common shades of cream and gold found on this continent and all of these particular dogs are bred right here in North America. This broad range of colour is not only commonly found around the world, but both light and dark shades can also occur in the very same Golden Retriever litter, with full siblings varying in colour from very light cream to a rich gold.

Light Gold can win in dog shows just as much as their darker relatives.

Some breeders favor different styles of Golden Retrievers and some may even have a personal preference for a lighter or a darker golden, but good breeders never focus exclusively on a specific colour, since this would unnecessarily narrow the gene-pool and may cause genetic predispositions towards hereditary health issues to become magnified over time. Furthermore, the various styles have nothing to do with colour, but rather reflect the individual breeders’ aesthetic preferences and their interpretations of the breed-standard. Good Golden Retrievers of differing styles should, however, all possess strong breed-type.  They should be readily recognized as Golden Retrievers, whether they are a rich gold or a pale cream. 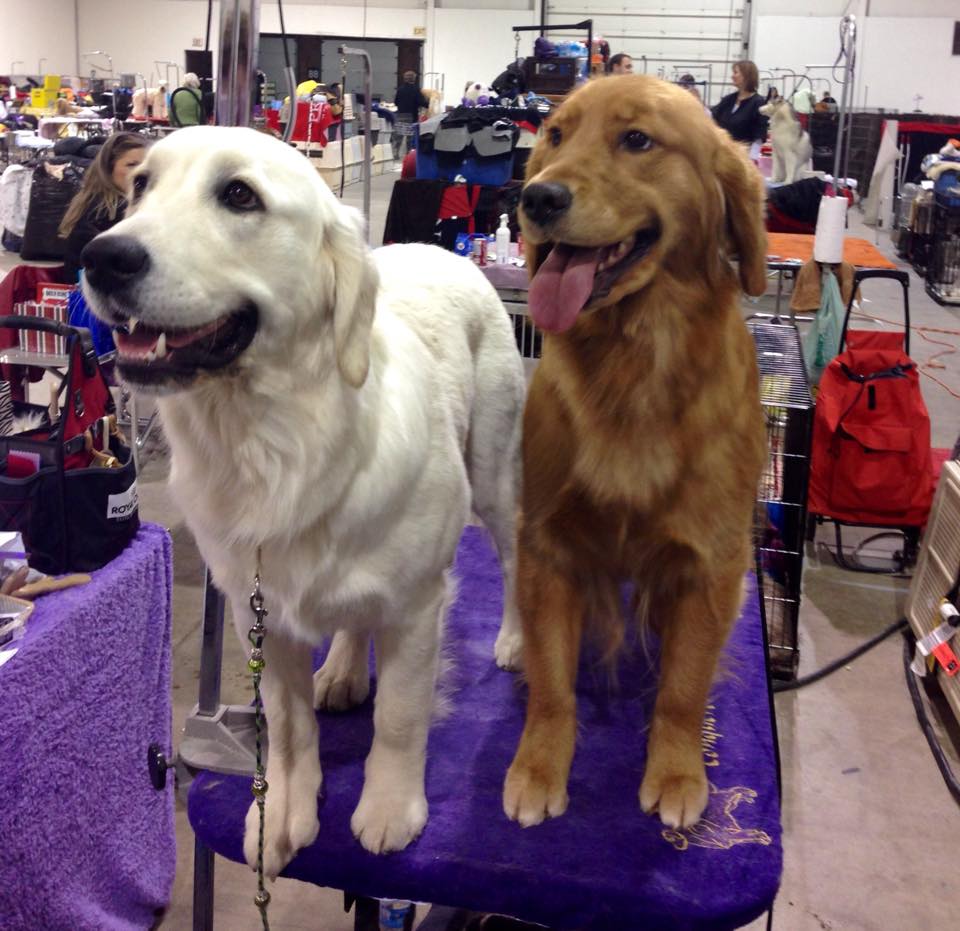 The cream colour of a Golden Retriever might be considered very attractive to some puppy-buyers, but this colour does not signify that such a light puppy is particularly superior or that it is necessarily well-bred, or that it should ever be referred to as an ‘English Cream Golden Retriever’. It is our position that a breeding program which focuses mainly on colour should be viewed with some skepticism.  If claims are being made that the light creams are more valuable or healthier than darker coloured Golden Retrievers, then the buyer should be aware that such statements are blatantly incorrect.

We instead urge all new puppy owners to carefully review all recommended health clearances and ask the appropriate questions about longevity in the pedigree of any puppy. It is never the colour of a Golden Retriever that determines its temperament and working-ability or its health and potential longevity. Instead the quality of a Golden Retriever will be determined by the care the individual breeder has taken, by adhering to the standard when breeding, as well as by doing careful pedigree research and screening for soundness in mind and body.